Menu
Log in
Register
Install the app
You are using an out of date browser. It may not display this or other websites correctly.
You should upgrade or use an alternative browser.

Judge supremo RuPaul welcomes a brand new set of queens into the workroom for the first time, sets them their first cheeky challenge and asks the queens to take to the runway to serve not one but two looks. There is an air of excitement and fear in the studio as everyone wants to impress Ru, and no-one wants to be asked to lip sync for their lives.

Comedy legend Matt Lucas joins Michelle Visage and Graham Norton on the judging panel to help RuPaul determine who will be the first queen
to sashay away.

Should be landing on iPlayer at 7pm

Has Krystal Versace been on something before? Feel like I recognise him.

Tisch said:
Has Krystal Versace been on something before? Feel like I recognise him.
Click to expand...

They recycled parts from Gothy Kendoll.

Choriza May! I screamed when I heard the name!

I honestly haven’t felt this excited for a new season for ages. All the clips from and references from the last season show what a great season that was!

She looks a bit like the Canadian Crystal from season 1.

The gaggery of the bottom queens' lip sync being a million times more entertaining than the winning two!

On the evidence of this episode, if Victoria Scone doesn't win I'll be AGOG / AGHAST

LOVED Anubis's peewee Tia Kofi act but god - what a crap runway (although I hated the first more than the second) and what SHIT LUCK to have to go up against Electra Fence in the lipsync!

SIGN ME UP for the Vanity Milan, Scarlett Harlett and Krystal Versace newsletters (though Krystal did NOT deserve to win that lip sync), and while I loved Ella Vaday's first look so far she's giving me all the worst parts of both Jan/Rosé's WEAPONISED BFAs and Joey Jay making BEING GAY HER BRAND

I love when the queens very earnestly talk about their heritage and the importance of representation, like "this is my culture, this is who I am"

and their culture is Carry on Cleo.

OBSESSED with Victoria Scone and Choriza May.

And the final lipsync was just a slaughter. You could see Anubis realise she was fucked within seconds!

It all felt a bit RUPAUL'S SCHOOL FOR GIRLS rather than RuPaul's Drag Race to me.
I'd have HAPPILY skipped a couple of skinny white queens from the cast for some more diverse older queens.
Some of the runways were genuinely AWFUL (that River Medway MUSIC look?

If we are talking runway however, it was LOVELY of Athena X to make an appearance

That Electra Fence little girl BIRTHDAY PARTY runway was genuinely terrifying, but I will admit they absolutely eviscerated the other one in the lipsync.

I thought the charade challenge was a BIZARRE way to start to series? It felt like a throwaway episode 6 mini-challenge that you'd instantly forget, not a season opener.
Bring back the photoshoot. Way too many sob stories thrown in from NOWHERE too.

Finally, I feel bad saying it as they are 19, but I'm convinced the Krystal Versace (the winning cat person) is an AI generated Instagram twink.
Do they have a SOUL? Truly dead behind the eyes and talking entirely in Drag Race soundbites.

I'm here for Victoria Scone, the cockney one who was cute as a boy and of course CHORIZA MAY (even though she'd EASILY be first out in España

This was GREAT though

I was BLOWN OVER at Krystal Versace as a boy. She literally looks like a china doll!

Penelope said:
I was BLOWN OVER at Krystal Versace as a boy. She literally looks like a china doll!
Click to expand...

A BABY wrapped in a TOWEL!

I just lost it when Ru lost it during River’s runway walk. ”I don’t know what that is!!!” was exactly what I was thinking.

Absolutely hilarious and so glad she didn’t end up in the bottom, that was instantly iconic.

Felt sorry for Anubis to go. Ironically the best Egyptian look was served by Crystal. That deserved the win, and I thought she won the lip sync too.

I thought Ellva’ Day or whatever she’s called had extremely basic and terrible looks. Should’ve been in the bottom.

And yeah, I still think Veronica Green is evil.

Penelope said:
I was BLOWN OVER at Krystal Versace as a boy. She literally looks like a china doll!
Click to expand...

The final look and the lipsync redeemed him for me. Maybe mostly because I was imagining it was Bimini.

I actually thought they were gearing up to give Veronica a shock first boot from the edit, especially following her RUBBISH runway looks. Certainly don’t see her as the winner.

Victoria is very likable but I actually thought her Bonnie Tyler lip sync was quite listless. I was also poised for them to use the Nicki French version but no such luck

Charity Kase ROBBED of a top 3 spot IMO. That nightmare look was incredible. No wonder she was salty.

Electra Fence’s second look was giving me SISTER SISTER flashbacks. What is it with UK queens and the smurf jizx aesthetic?

VoR said:
What is it with UK queens and the smurf jizx aesthetic?
Click to expand...

What are you calling me?

Totally got the Veronica first exit storyline edit here too.

From a certain angle Krystal was giving me Andy Bell ‘visage’

I was hoping it would be Veronica out first after that terrible second look and the fact that I found Anubis to be rather cute as a boy.

The total eclipse of the heart lip sync was total shambles. Typical UK.

The second one was much better and I hate to say but Electra who I thought was very underwhelming was a great performer.

Would have put the clown in the top over Victoria.

Are we absolutely certain that Kitty Scott-Claus isn't Darienne Lake sneaking back on with a fake British accent?

Oh and the cat one who won makes me so uncomfortable in the confessionals. Like I’m watching a very made up child.

Phoenix said:
I was hoping it would be Veronica out first after that terrible second look and the fact that I found Anubis to be rather cute as a boy.

I really do think they should present the judges (well, Michelle and Ru) with a print-out of the regional looks they're referencing before this challenge. 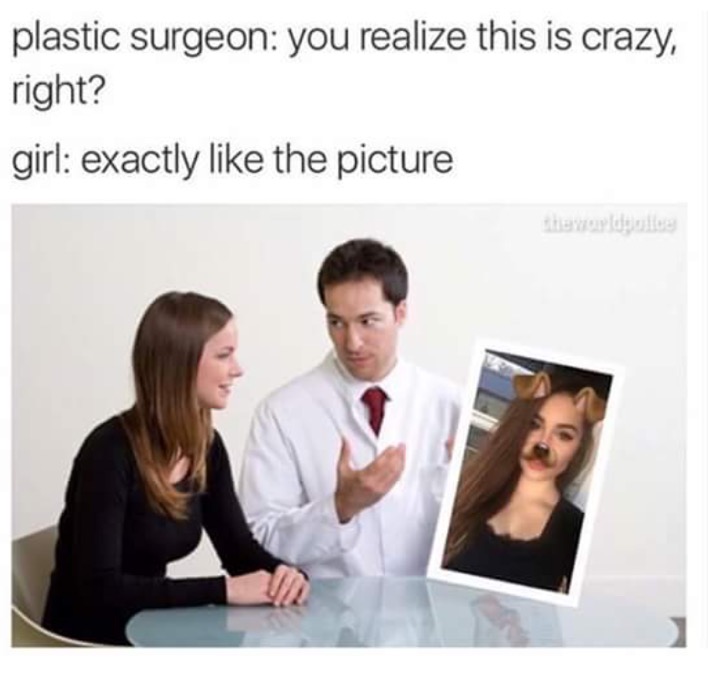 VoR said:
Are we absolutely certain that Kitty Scott-Claus isn't Darienne Lake sneaking back on with a fake British accent?
Click to expand...

YES! I was literally thinking that she looked like the MISCONCEIVED LOVECHILD of Darienne Lake and Cheryl Hole!

Also are we sure Scarlett Harlett isn't Blu Hydrangea DRAGGING UP as Cockney?

Would shag Ella Vaday also but then I have HAD A DRINK.

That younger queen looks SO much like Manila Luzon in drag.

Crystal Versace is GAY PRIVILEGE. I cant wait to hate her.

Just got to VRON GREEN’S video game look which I think may be the ugliest runway of ALL TIME.

Scarlett Harlet is very lucky he’s pretty.
You must log in or register to reply here.

Users who are viewing this thread